The Return of the Fathers

​“He will also go before Him in the spirit and power of Elijah, ‘to turn the hearts of the fathers
to the children,’ and the disobedient to the wisdom of the just,
to make ready a people prepared for the Lord.”  Luke 1:17 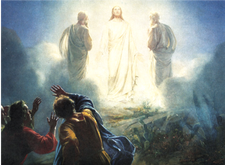 This time of year always brings a sense of awe and wonder.  To be honest, over the past month, I have been hearing it is a “Different Kind of Christmas.”  There is a sense of soberness wrapped around the usual traditions.  It is a soberness that carries a weight of meaning and majesty.  Working on this word through prayer and seeking the meaning in His word, I have been restrained from sending anything until now.  Something is different.  Having just gone through two of the largest and now the deadliest fires in our state’s history, my heart is sobered.  Paris is on fire.  India is experiencing a cyclone.  The stock market is like a roller coaster.  Everything that can be shaken is being shaken.  What are we to make of it all?  The reality is what’s happening is supernatural.  There is a weight of God’s deeper message and concern for us as His children.
Recently, having several young adults over for fellowship and meal/mentoring, the Lord had me listen intently to the conversation.  I was stunned at the wisdom in which these youths spoke. It was language that I realized I never spoke when I was their age.  When I remarked about it, there was sudden agreement and realization in the room that something notable was happening intergenerationally.  I heard the words “It is now time for the return of the fathers.” God descended on a small handful of people simply gathered together and manifested in powerful ways.  How does a “Different kind of Christmas” and the “Return of the fathers” have anything to do with each other?  Interested?  Read on!
When Jesus came to earth, he did not come unannounced. Luke opens his gospel with the announcement and proclamation to Zacharias by the angel of the Lord that his miracle son, John, would carry the spirit of Elijah turning the “hearts of the fathers to the children,” Luke 1:17.  Though there was a four hundred year void, the very words that closed the Old Testament in Malachi 4:5-6, “Behold, I will send you Elijah the prophet….And he will turn the hearts of the fathers to the children, and the hearts of the children to their fathers,” opens the gospel in Luke.  It was a preparation for the soon coming Messiah.
During Jesus' life on earth, at one poignant time, He took Peter, James and John to a mountain where He was transfigured, Mt. 17:1-13.  These three disciples witnessed Jesus’ transformation and the appearance of Moses and Elijah talking with him.  The voice of the Lord declared, “This is my beloved Son, in whom I am well pleased.  Hear Him!” Terrified, they fell on their faces. After comforting them, Jesus’ first words to the dismayed disciples reiterated the prophetic announcement of Malachi 4:6 and Luke 1:17, “Indeed, Elijah is coming first and will restore all things.”  This was a profound statement just after the disiciples had seen Jesus walking and talking to Elijah and heard the voice of the Lord say, “Hear Him!”  What will he restore?  Again, we have to go back to Malachi 4:-5-6 and the intergenerational working of turning hearts of the fathers to the children and children to the fathers.
Through the turmoil around us, the Lord is uniquely preparing the earth for the return of His son.  Part of that preparation is an intergenerational movement that reflects the consistency of God in His word.  Just as the spirit of Elijah came to announce His birth, so the spirit of Elijah is rising to announce His return.

Biblical Precedence
There is a story in scripture that reflects both the power of the generations working together and the destruction when they do not. The story reflects the interweaving of what happens through generational blessings and what results when they are violated.  The story centers around the rule of Ahab and Jezebel in Israel, and the line of King Jehoshaphat in Judah, 2 Kings 8-11, 2 Chron 20-22.  You can lose yourself quickly in all the lineage and names. However, briefly in short, Jehoshaphat was a powerful transformational king of Judah, 2 Kings 8-11, 2 Chron 20. He had a son named Jehoram (2 Kings 9:16).  Ahab, king of Israel, and Jezebel had a daughter, Athaliah.  Athaliah and Jehoram married, 2 Chron 21:6.  For Kings of Israel and Judah to have such a marriage was highly irregular and they did evil in the sight of the Lord.  Jehoram was given kingship of Judah after Jehoshaphat died, 2 Chron 21:1.  He was thirty-two years old when he became king and ruled for eight years, 2 Chron 21:5. However, when he was established, 2 Chron 21:4 states, “He strengthened himself and killed all his brothers with the sword, and also others of the princes of Israel.”  Imagine that!  When he died, his son Ahaziah, son of Jehoram and Athaliah, became king and ruled for one year.  As there was no one to succeed him, his mother, Athaliah assumed rule and killed all the children in line for inheritance, 2 Kings 11:1.
In the wings was Ahaziah’s sister, Jehosheba (She is noted to be the daughter of Jehoram and sister of Ahaziah, so more than likely the daughter of Athaliah, though the Bible does not state it, 2 Kings 11:2, either way it was messed up family dynamics!).  She is married to the high priest, Jehoiada.  In a brutal, treacherous reign of terror, finally, in the set time, the priests step into the picture and steal Joash, the last remaining seed of David, and hid him for six years, 2 Kings 11:3.
During these treacherous years, when the entire line of David was being wiped out, an intergenerational discipleship was underway. At the appropriate time, these same priests called forth the captains, guards, and bodyguards, and brought them to the house.  They made covenant with each other.  Strategically placing Watchmen over key gates they were commissioned to, “Keep the watch of the house lest it be broken down,” 2 Kings 11:4-6.  At the appropriate time, the priests presented the King to the people in the temple, anointed him, and the people cried, “Long live the king!” After this, the reign of Athaliah, which capped more than a decade and a half of political sabotage, and murder, came to an end.  The last seed of David was saved securing the pathway for the future coming of the Messiah, Jesus.
The story conveys the power, provision, and protection of intergenerational discipleship between Joash, his aunt Jehosheba and uncle, Jehoiada.  It also conveys the fact when this is not in operation, there is loss, danger, and even death.  Apparently something went terribly wrong between the reign of Jehoshaphat, a righteous king of Israel, and his son Jehoram.  The righteousness of one generation was not passed to the next resulting in great devastation.  The following reigns of Asa, Amaziah and Azariah, of the lineage of Joash, were considered righteous kings, in Judah.
There is hope, however,  God is the great economist and is faithful to His word.  Through the righteous intergenerational discipleship that worked between Jehosheba, Jehoiada and Joash, the line of David was preserved for the coming Messiah.

Relevance for today:
Today, God is releasing a supernatural grace for this intergenerational movement to arise.  Uniquely plowed in the troubles of the past, “Family” has taken a beating over the past decades.  God is now releasing a dynamic that clearly expresses God’s redemptive plan for the generations.  Briefly stated, the decades of the 60-70’s characterized by “Free speech” movements, hippie generation, and introduction of drugs defined a generation driven by rebellion.  Emerging from this was a breakdown of family leaving many in the Generation X and the Millennial generation fatherless/motherless or in abusive, broken environments.  Coming from wide and varied family backgrounds, many in the 20-40 age range are now seeking the stability and meaningful relationships that family culture promotes.  Intergenerational relationships are moving us beyond “Standing on one another’s shoulders,” and “Passing the baton,” to an intentional engagement between generations that truly fosters the Kingdom.  This movement will be a transformative agent for revival and preparation for Jesus’ return.

What are the characteristics of this intergenerational movement?  These are some of the identifying characteristics we see emerging as generations foster and build meaningful relationships and connections.   The Father Wound:
Before closing, there is one quick word.  Many in the body of Christ and those who are yet to come into the Kingdom carry what one could call a “Father Wound.”  Wounded through authority figures either through the church, family, work environments, some are so wounded they have a hard time with the word father, or any kind of authority.  We will all be tested in this one way or another.  Such testing comes to hone our character.  It is vital in this hour to forgive those who have offended us. Even Paul had a thorn in his flesh, 2 Cor 12:7.  The bible clearly warns us not to take offense.  Why?  If we hold onto grudges, demand justice, we are in danger of nursing an embittered root. Such roots will blind and eventually deceive us and cause our love to grow cold.   We will all be tested in this as a way of God teaching us to love.  If you are in such a spot, lean into Jesus.  Some immediate simple steps to follow: Recovery and restoration is a process but through it, the genuine love of the Father will emerge and the character and nature of Jesus will grow in our lives as Paul states “But we all, with unveiled face, beholding as in a mirror the glory of the Lord, are being transformed into the same image from glory to glory, just as by the Spirit of the Lord,”  2 Cor 3:18.

The Return of the Fathers and Mothers:
As times intensify, all creation is growning for the sons of God to emerge, Romans 8:19.  For this to happen, the spiritual fathers and mothers must arise.  The prophetic nature of the spirit of Elijah “Turning the hearts of the fathers (mothers) to the children and children to the fathers,” is moving.  The return of the Fathers and Mothers carries unique characteristics:
CONCLUSION:
Now, is the time God is releasing the spirit and power of Elijah, reversing the curse prophesied in Malachi 4:6 by, “Turning the hearts of the fathers to the children and children to the fathers.”  This intergenerational movement is being uniquely crafted in the hands of the Father as He moves to raise up the “Sons of God,” in Romans 8:14.   Though times will be intense and will try many, this intergenerational emergence will be a powerful weapon uniquely created for such a time as this. The next great in the Kingdom may be sitting across from you at the breakfast table or coffee shop, down the row on the pew in church, or desperate and lonely on the street waiting for a kind hand to be outstretched to them.  Be encouraged if your family and children are not where you are.  ​Pray for them and have faith for the results.  Receive God’s favor now for the reparation of generations.  Jesus, in wisdom and power, is calling forth an army that will be uniquely called, equipped, and qualified to “Prepare the way of the Lord.”
Susan Rowe,
co-founder The Global Watch 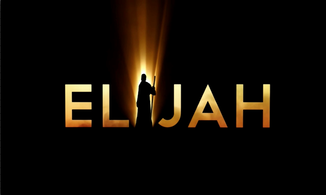