Portland Under Siege:
It's time to "Lock Shields"
​

“The work is great and extensive, and we are separated
far from one another on the wall.
Wherever you hear the sound of the trumpet, rally to us there.
Our God will fight for us.”  Neh 4:19-20
Equipping resources: 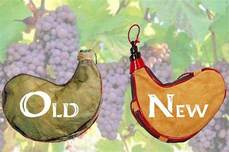 New Prayer Points from Portland addressing Antifa and Lawlessness:  A call to war:  Focus on Marxism and Witchcraft.  (See video below)

1. Decree that Heaven's righteousness and justice will now reign over our nation, its people, our governments, and all its agencies.  Isaiah 28:17-19

3. Pray that evil will be exposed. This includes the discerning of specific demonic spirits at work but also the evil plans of men, government's, and human agencies and agents. Eph 5:11-12; Titus 1:10-13;

5. Command in the name of Jesus the spirits of darkness to be disconnected from the souls of men. Declare the demonic spiritual attachments to their souls will be cut. Decree the evil command structure be taken out. They will no longer have authority and power over the souls and minds of the people they have been governing. Eph 5:10-20

6. Decree that every evil spirit released through witchcraft be immediately bound and taken to the pit so their work is not carried out. Ask the Lord to release his angelic hosts to bring about the opposite of what the witchcraft loosed or bound.  Mt 16:18-19

7. Decree the supremacy of Jesus over the spirit of Jezebel in America ("the Lord rebuke you"). What has been loosed through the witchcraft to be thrown down in our nation's capital and across our nation.  Col 1:15-18; Eph 4:6; Eph 1:22

1.  Come against the forces of darkness being released to manipulate minds and raise up rage and violence through daily rituals of witchcraft.  They are releasing demonic forces to manipulate the minds of the mentally unsound who are easily swayed into becoming the agents violence and destruction.

2. Pray for law enforcement who have been under siege for over 60 days protecting the jail, and police stations. Release angelic protection over them and their families as many have received death threats and the place of their residence has been made public. Let's declare an awakening and turning to God in our law enforcement agencies from the Federal, to State, to County to City Police.

3. Declare that righteous leadership will rise up in the church to be a voice of life, hope and righteousness in our city. Many pastors are remaining silent and intactive worried how COVID restrictions are diminishing their church and their influence.  Pray that God would raise them up to lead a movement of righteousness, revival and awakening in our city.

4. Pray for the young people caught up in this Marxist movement.  Decree that revival and awakening will break out among them with radical life transformation.  That the fame of Portland would be shifted overnight from a place of violence and chaos to a place of revival and beauty.  Let's decree that thousands will come to Jesus and will become even more fervent for him they have been for the Marxist agenda.

5. Pray for the political leadership of the city and our State.  Let the Lord bring a great shaking and conviction of sin to them, that they will keep their oath to carry out the constitution and serve the people. And that the Lord would expose all city, county and State leaders who have been colluding as allies and even directors of the riots, from staff to politicians. Declare that they will be exposed and removed from office and their jobs by the end of this month.

Thank you so much
Christians in Portland